Up on the House Top

As these photos attest, water and mold was everywhere.


More to the point, the house top is not that big and with the exception of the chimney, is free of obstructions. Thus, resheathing the house top should be pretty straightforward (words I'm sure I'll regret later).  Originally, I pulled back layers slowly - largely to get a sense of how the cabin top was built. It appears that most of the cabin top was built with three layers of 1/4" Lauan plywood. However, the forward section was three layers of what appears to be 1/8" mahogany plywood with fiberglass and awl grip over all. My guess is that the thinner ply forward allowed for the compound curves at the front of the cabin.

With that knowledge, the quickest way to remove the rest of the cabin top was to cut away the largest sections - taking care not to cut through the framing beneath. To be sure that didn't happen, I drilled holes up from beneath an inch and a half on either side of all the framing (surgeons refer to this as "clear margins"). Back on top, I "connected the dots" by drawing solid lines between the drilled holes. This gave me a template on the top of the house to guide the saw.

When it is your intent to take a skill saw to your boat, there is a fair amount of anxiety before you take the irreversible act of a major incision.

My grandfather was a carpenter and was fond of the saying "measure twice, cut once." This was firmly in my mind as I double-checked that the lines I'd drawn lined up with where I really wanted them. I can honestly say the lines did nothing to reduce my anxiety of plunging a skill saw into the flesh of the deck.

After the large sections were removed, it was a matter of peeling back the layers of glass and plywood - removing fasteners from the frames as I went. A heavy, long handled chisel came in very handy here as it had the edge to get in between plys and plenty of leverage to peel back large sections. 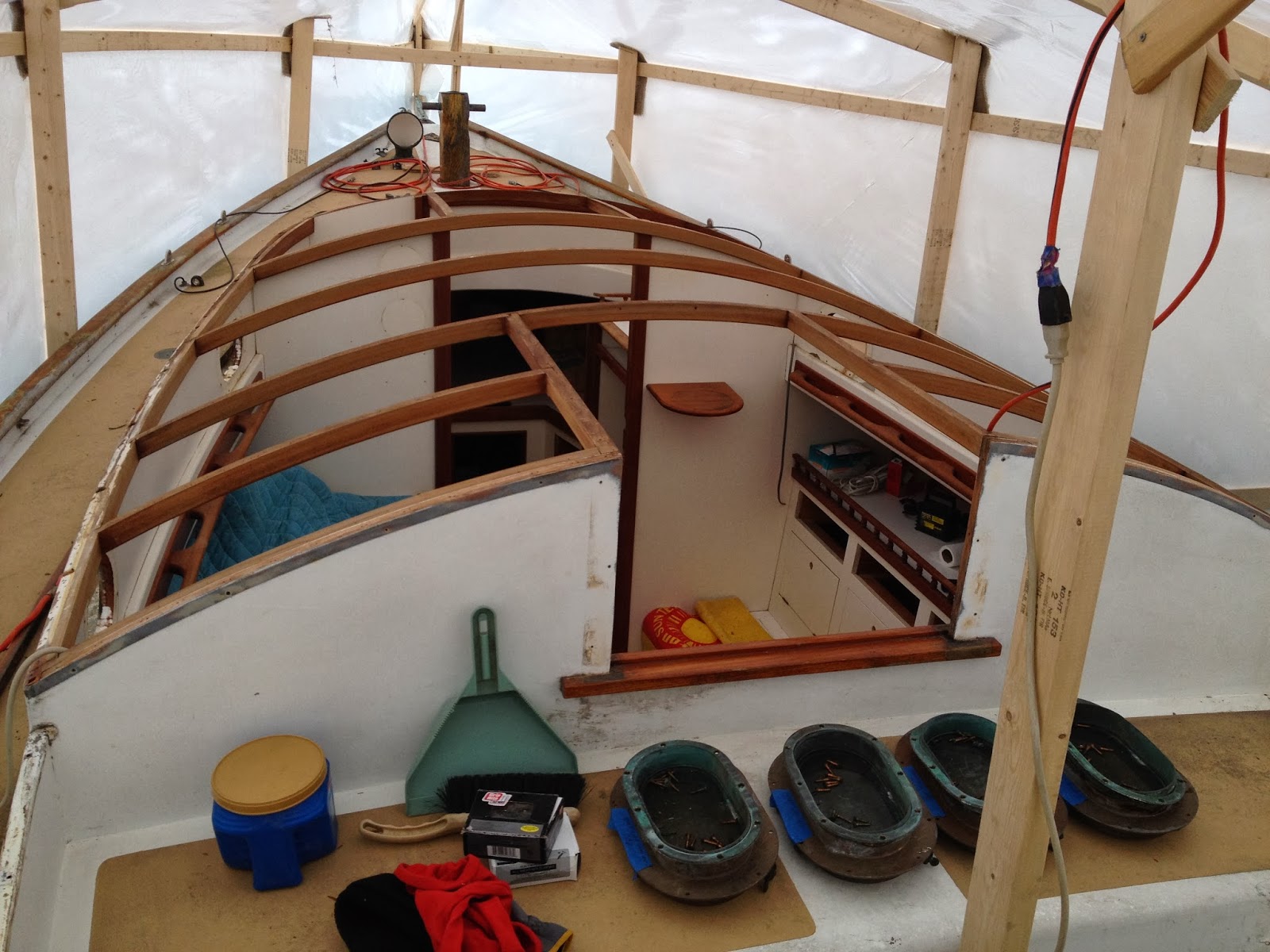 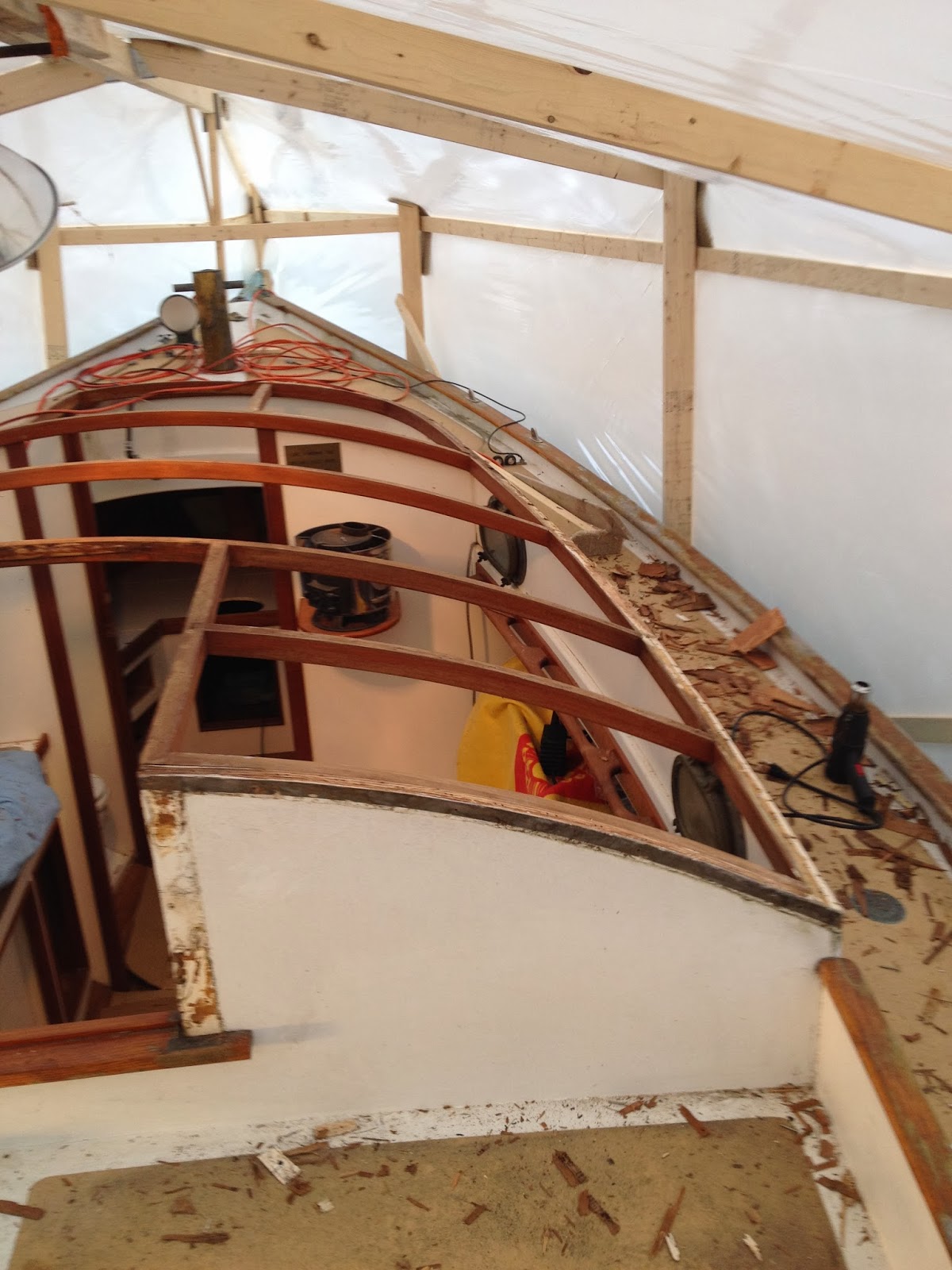 The picture on the right shows the cabin top off and its pieces strewn along the deck. The sides of the cabin have some ragged fiberglassed edges and dried caulking all around.

The picture of the left shows the edges cleaned up and loose fiberglass ground down. The four ovals in the foreground are the bronze port lights. They need to be cleaned and oiled and their absence will make repairing some of the delamination on the cabin sides easier.

It is a sobering thought that everything I've done to this point has been simply taking things apart. A friend stopped by the other day and reminded me "Remember, you gotta put this all back together y'know."  True, but as the Marines say of new recruits: "we break them down first, then we build them back up."  No one who's been through boot camp would mistake that experience with what I'm doing, but sometimes you gotta zig before you can zag.
Posted by Jim Thoen at 5:10 AM